On 23 March 1530, the Holy Roman Emperor Charles V gave the islands of Tripoli, Malta and Gozo to the Knights Hospitaller in perpetual lease for which they had to pay an annual tribute of one single Maltese Falcon. That is how this Catholic military order came to rule Malta until 1789, when they were expelled from the Maltese islands by France. 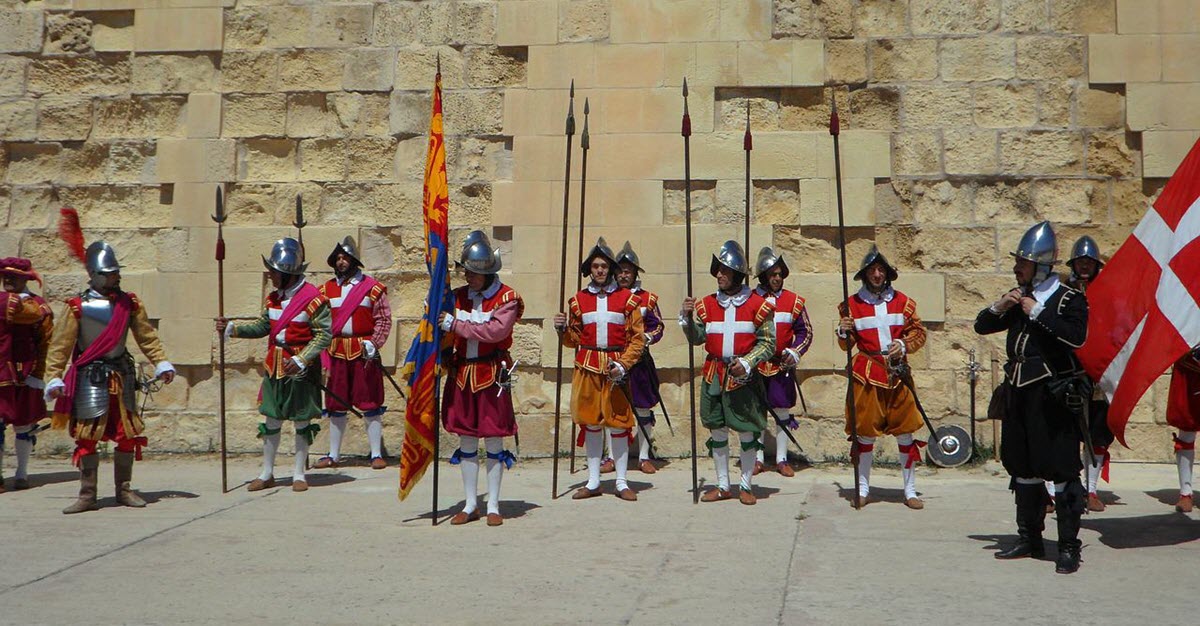 The falcon was payable on All Saints Day.

The grant came with several conditions, including non-aggression against Sicily, the fief could not be transferred, and there was a prohibition against giving immunity to fugitives of justice.

English translation of the grant text:

“[W]e grant, and of our liberality we bountifully bestow upon the aforesaid Very Reverend Grand Master of the Religion and Order of Saint John of Jerusalem, in feudal perpetuity, noble, free and unencumbered, our cities, castles, places and islands of Tripoli, Malta and Gozo, with all their cities, castles, places and island territories; with pure and mixed jurisdiction, right, and property of useful government; with power of life and death over males and females residing within their limits, and with the laws, constitutions, and rights now existing amongst the inhabitants; together with all other laws and rights, exemptions, privileges, revenues and other immunities whatsoever; so that they may hereafter hold them in feudal tenure from us, as Kings of both Sicilies, and from our successors in the same kingdom, reigning at the time, under the sole payment of a falcon; which every year, on the Feast of All Saints, shall be presented by the person or persons duly authorised for that purpose, into the hands of the Viceroy or President, who may at that time be administering the government, in sign and recognition of feudal tenure; and having made that payment, they shall remain exempt and free from all other service claimable by law, and by custom performed by feudal vassals.”

Malta under the reign of the Knights Hospitaller

Under the reign of the Knights Hospitaller, Malta´s strategic and military importance grew. The Order had a small but capable fleet, which they used to attach the shipping lanes of the Ottoman territories in the Mediterranean region.(The Ottomans were their swown enemies.)

The Knight era on Malta saw the completion of many significant architectural project, including the establishment of the cities Valleta and Città Rohan (Ħaż-Żebbuġ), and the erection of several watchtowers along the coast.

In 1551, Barbary pirates (Ottoman corsairs) under the leadership of Turgut Reis enslaved the entire population of the island Gozo. Between 5,000 and 6,000 people were shipped as slaves to Ottoman Tripiolitania on the Barbary Coast of continental Africa.

The Great Siege of Malta and the resulting fortifications

The Ottomans laid siege to Malta in 1565, but the Order succesfully repelled the attack, under the leadership of their French Grand Master Jean Parisot de Valette and with help from both Maltese and Spanish forces.

After the seige, the Order increased Malta´s fortifications, especially in the inner-harbour area. A new city was established there, and named Valetta in honour of the Grand Master. (It is the capital of our modern-day Republic of Malta.)

Watchtowers were erected along the coast and named Wignacourt, Lascaris and De Redin after the Grand Masters who ordered them built.

In 1789, Napoleon Bonaparte was on his way to attack Egypt, which was then a province in the Ottoman Empire. On the way, he tricked the Knights Hospitaller by asking for safe harbour on Malta to resupply his ships. Once his ships were inside Valletta, Napoleon attacked. Grand Master Ferdinand von Hompesch zu Bolheim capitulated and Malta fell into the hands of the French.

It should be notat that in the years leading up to 1789, the popularity of the Knights Hospitaller had decreased dramatically among the residents of Malta and there was widespread discontent regarding their rulership.

About the Knights Hospitaller

Ordo Fratrum Hospitalis Sancti Ioannis Hierosolymitani (English name: The Order of Knights of the Hospital of Saint John of Jerusalem) was a Catholic military order formed during the Medieval period.

The Knights Hospitaller arose within the context of the Cluniac Reforms; a series of changes within the medieval monasticism of the Western Church that sought to restore traditional monastic life and encourage art and caring for the poor.

In the early 11th century, merchants from Amalfi on the Italian penninsula founded a hospital in Jerusalem to provide care for sick, poor or injured Christian pilgrims to the Holy Name. The hospital was dedicated to Saint John the Baptist.

After the conquest of Jerusalem in 1099 during the First Crusade, a group of Crusaders formed a religious order to support the hospital. It became a military religious order, earned its own papal charter and was given responsability for the care and defense of the Holy Land. This is the origin of the Knights Hospitaller.

When the Holy Land had been conquered by the Muslims in the late 1200s, the Knights Hospitaller left for the Kingdom of Cyprus. From 1310, the island of Rhodes in the Meditteranean Sea served as their new operational headquarter.