The Hypogeum of Ħal Saflieni is a Neolithic subterranean sanctuary and necropolis in Paola, on the largest of the Maltese islands. It has been dated to the Saflieni phase, 3300 – 3000 BCE, but the oldest remains are from circa 4o00 BC. It is believed to have been abandoned around 2500 BCE.

The Hypogeum of Ħal Saflien is one of the best-preserved examples of the Maltese temple building culture that also created the Xagħra Stone Circle and Megalithic Temples in Malta.

In Malta, is simply referred to as the Hypogeum or Ipoġew. In Greek, hypogeum simply means underground. 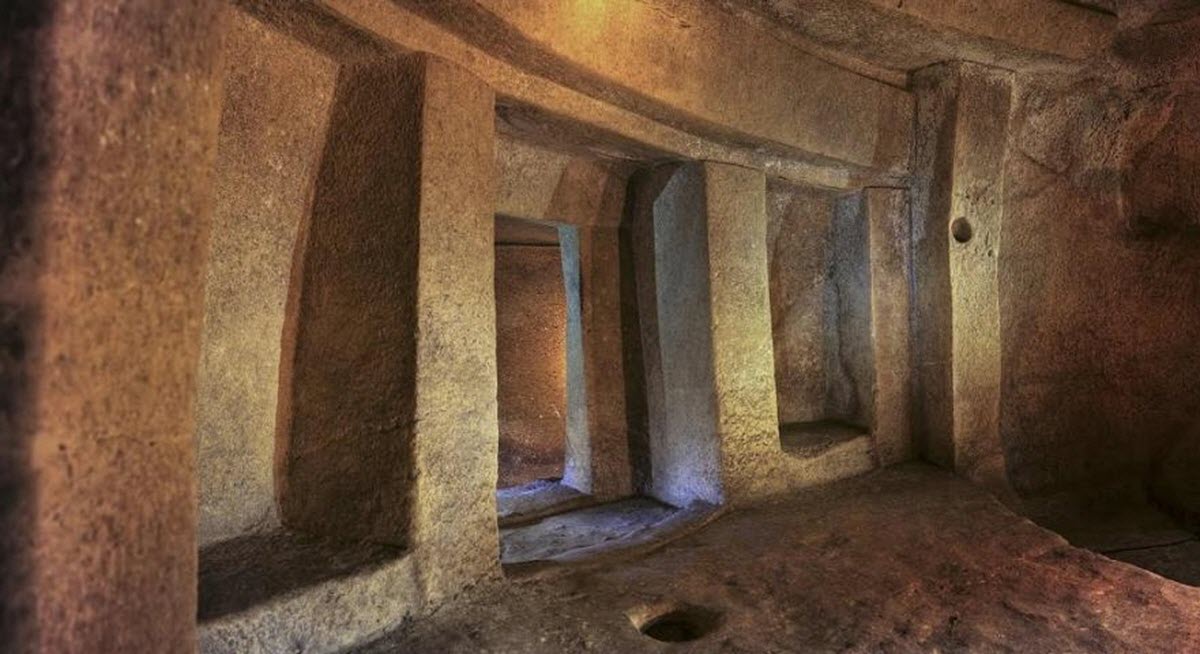 Visiting the Hypogeum of Ħal Saflien

The Hypgeum is a popular attraction in Paola and but no more than 80 visitors are allowed to enter per day. Visitors are therefore recommended to book in advance, although it is also possible to buy tickets (until they run out) for the following day at the National War Museum in Valletta.

The remains of more than 7,000 individuals have been found here during archaeological investigations. Regrettably, a lot of bones were haphazardly discarded during excavations in the early 1900s, although a majority of the skulls are believed to have been deposited at the National Museum. Interestingly, a small percentage of the skulls investigated from the Hypogeum have an abnormal cranial elongation.

The most famous find is the Sleeping Lady, a clay figurine believed to represent a mother goddess.

The Hypogeum consists of three levels – all underground and hewn into the limestone. There are halls and chambers, which connect to each other, and the structure was cleverly designed to allow light from the surface to reach the chambers below.

Archaeologists believe that the uppermost level was occupied first, and the middle and lower levels excavated later.

This level is just one metre below ground. It contains many rooms, and some of them were used for human remains. 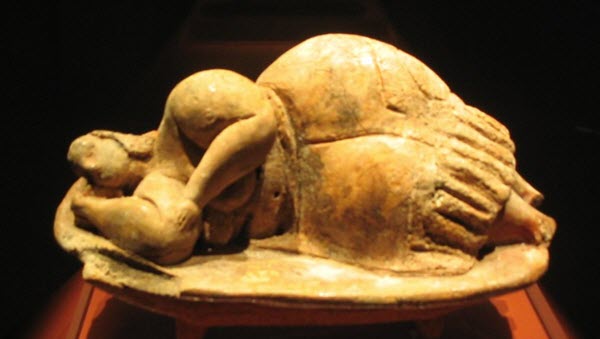 Examples of rooms in the middle level.

When investigated, this level only contained water. No bones or grave goods were found here.

The Hypgoeum was discovered in 1902, when workers cutting a cistern for a housing development accidentally broke through the roof of the underground structure. The workers initially attempted to hide their find but to no avail.

From 1903, the sanctuary was explored by a team led by Manuel Magri, a Maltese ethnographer, archaeologist and writer. Regrettably, parts of the Hypogeum contents were emptied out and discarded – including human remains and grave goods. When Magri died in 1907 during missionary work in Tunisia, his report on the Hypogeum was lost, further complicating the situation.

The excavations continued under Maltese archaeologist and MD Sir Themistocles Zammit, who made attempts to correct the earlier problems and salvage what he could. He began releasing a series of reports in 1910, and continued his excavations until 1911. Findings from the Hypogeum were deposited in the National Museum of Archaeology in Valletta.

In the 21st century, scientific research on the Hypogeum is ongoing.