Filfa is a small uninhabited island in the southern part of the Maltese Archipelago. It forms a part of the Republic of Malta, and is located roughly 4.5 kilometres south of the island of Malta.

The island Filfla is a mostly barren, crumbling limestone plateau surrounded by 60-metre high cliffs. It is difficult for plants to survive here, but a wild leek is present which can become up to two metres tall.

Three species of seabirds use the island as their breeding ground: the European storm petrel (an estimated 5000 – 8000 pairs), Cory’s shearwater (circa 200 pairs) and yellow-legged gull (circa 130 pairs). The island has been identified as an Important Bird Area (IBA) by BirdLife International, chiefly due to the storm petrels.

Slightly more than 100 metres south-west of Fifla we find an even smaller piece of land: Filflu. More accurately described as a rocky islet than an island, this is the southernmost land part of the Republic of Malta. 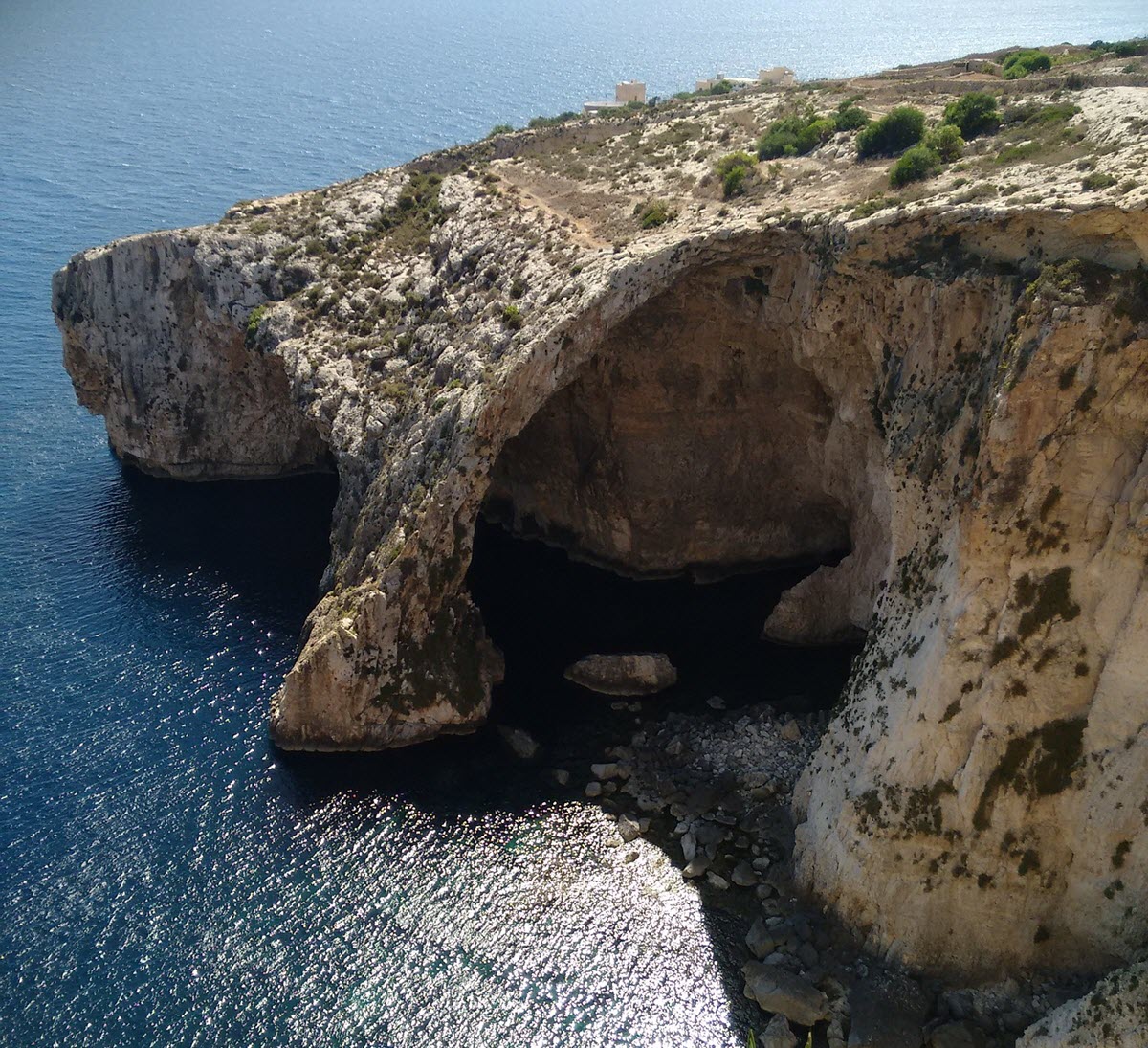 Visitors to Filfla must first obtain permission from Malta´s Environment and Resources Authority.

The legend of Filfla

According to this legend, the people who once lived where the sinkhole now is lead horrible, dissolute lives. A godfearing neighbour warned them and urged them to repent, but to no avail. Eventually, God punished them by engulfing the hamlet, saving only the neighbour. Angels then threw a fragment of the hamlet into the sea, and this became the isle of Filfla.