Learn everything you need to know before your trip to Malta

The Republic of Malta is an island country consisting of an archipelago in the Mediterranean Sea, roughly 80 kilometres south of Sicily, Italy. The official languages are Maltese and English (and Maltese Sign Language), and roughly two-thirds of the population is at least conversational in Italian.

The three islands Malta, Gozo (Għawdex) and Comino (Kemmuna ) are all inhabited, but a vast majority of the Maltese population live on Malta. Malta is the world´s 10th smallest country in area and 4th most densely populated sovereign country. In 2021, an estimated 516,100 people lived here.

Malta is a popular tourist destination with a pleasant climate, plenty of recreational areas and many old buildings and structures that attracts the history buffs. There is for instance the Hypogeum of Ħal Saflieni, a subterranean sanctuary and necropolis created in 3300-3000 BCE.

Malta exhibits a high degree of urbanisation, with the two urban zones being the capital Valletta (on the island Malta) and Gozo (on the island Gozo). Valletta´s metropolitan area now encompasses the whole island and the vast majority of the country´s population live there. In the 21st century, it has become increasingly common to once again refer to Malta as a city-state. This notion of Malta has old roots, and the Maltese coat-of-arms depicts a mural crown representing the fortifications of Malta in typical city-state fashion. 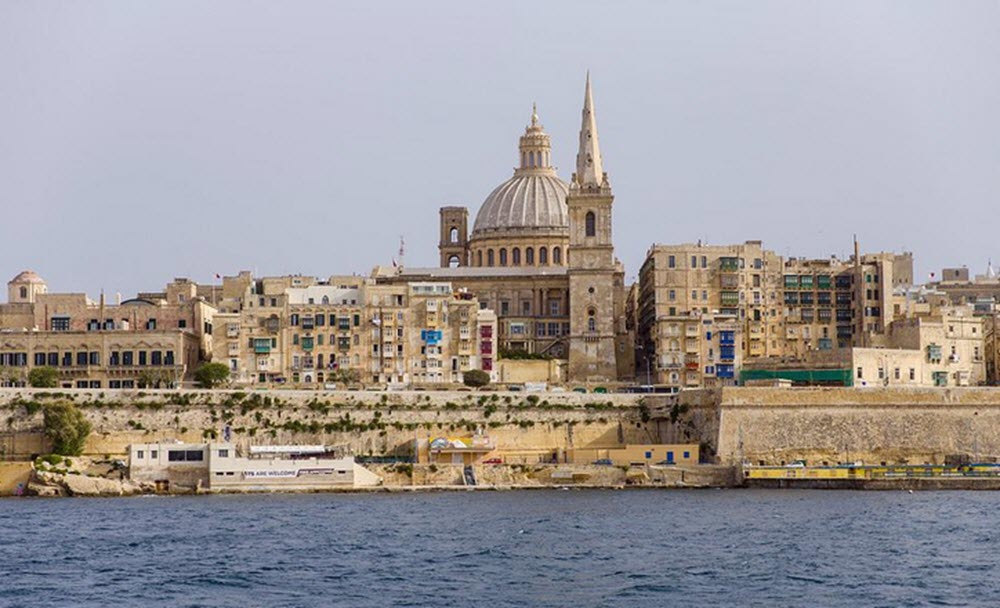 Malta – an archipelago of strategic importance

The earliest evidence of human habitation in the archipelago is from approximately 5900 BCE, when settlers arrived from Sicily. The archipelago´s location in the centre of the Mediterranean Sea has given it great strategic importance, and the islands have been under the control of various powers throughout the years, including Phoenician, Carthaginian, Roman, Greek, Arab, Norman, Aragon, Knights Hospitaller, and British rulers.

The Treaty of Paris in 1814 made Malta a British colony. In 1956 Malta rejected an attempt at integration into the United Kingdom, and an independent State of Malta with its own constitution was established on 21 September 1964. Malta initially retained Elizabeth II as queen, but became a republic within the Commonwealth in 1974. The last British troops and the Royal Navy left Malta in 1979, and Malta declared itself a neutral and non-aligned state.

The origin of the Malta remains unknown, but it may be derived from the Greek word “meli” (μέλι) which means honey. The ancient Greeks called the island Melitē which means honey-sweet, probably due to the island´s honey production. (Malta has its own endemic subspecies of honey bee.) The Roman name was Melita, and this was also used in English in the past.

Short facts about the Republic of Malta

United Nations member: Yes, since becoming an independent state in 1964

State religion: Catholicism, but the Constitution of Malta stipulates freedom of conscience and religious worship.

Malta lies within the subtropical zone and has a Mediterranean climate characterized by mild winters and warm to hot summers. The summers are usually very dry, as most of the rain falls during the winter months. Droughts and water scarcity are major issues for Malta. During the rainy winter season, a lot of the precipitation comes in the form of heavy showers that are difficult for the ground to absorb quickly enough. Therefore, a lot of rainwater runs off and ends up in the sea, which augments the problem. Malta partly relies on underground reserves of fresh water drawn through a system of tunnels, such as the Ta’ Kandja galleries and the Ta’ Bakkja tunnels. On average, the tunnels are nearly 100 metres below the surface. Over half of the potable water in Malta is produced by desalination of seawater, a process that requires fuel.

On average, Malta gets rain 90 days a year. The average annual precipitation is 600 mm per month, but it is very unevenly distributed throughout the year. From May throughout August, Malta gets very little rain. The rainy season runs from September through April, with November, December, January and February being the rainiest months of the year.

Malta has roughly 3,000 sunshine hours in an average year, which makes it one of the sunnier spots in Europe. In the sunniest month, which is July, you can expect more than 12 hours of sunshine per day.

Does it get cold in Malta?

Not really. Even during the coldest month, which is January, it is unusual for the temperature to drop below 5 degrees C at night. 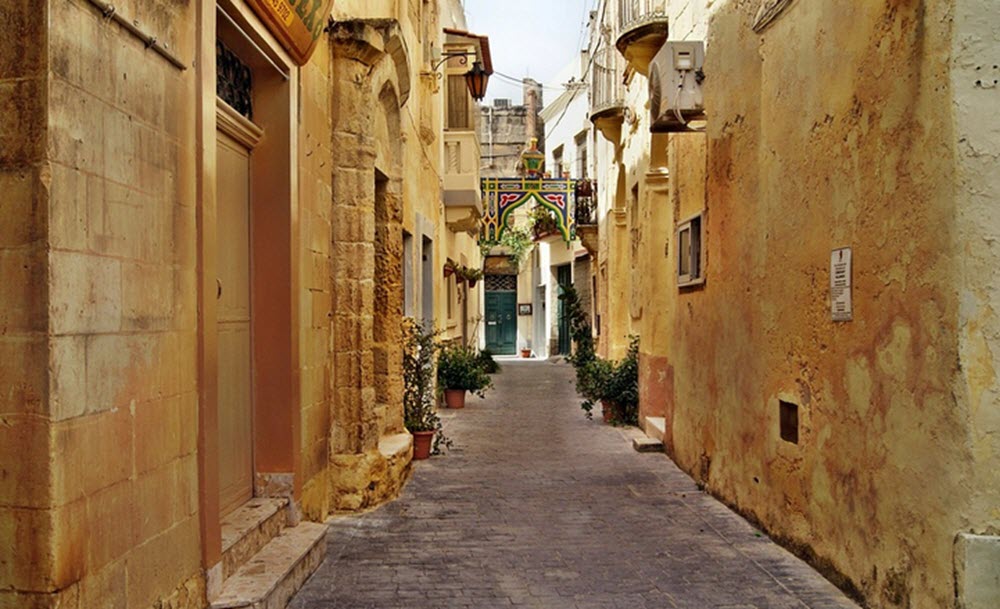 Valletta (Maltese: il-Belt Valetta) is the capital of Malta, and a vast majority of the Maltese population live within the Valletta urban area even though the city proper have less than 7,000 inhabitants. The city is located on the island Malta – which is largest of the Maltese islands – on a peninsula between the two natural harbours Grand Harbour and Marsamxett Harbour. It is the southernmost capital within the European Union and also one of the sunniest cities in Europe.

The old part of the city of Valletta is still clearly Baroque in character, but also displays later architectural styles such as Mannerism (Late Renaissance) and Neo-Classicism alongside more modern buildings. Parts of the city were severely damaged during World War II. Valletta is known for its fortifications, which includes bastions, curtains and cavaliers.

Valletta has been on the UNESCO World Heritage list since 1980 and is sometimes referred to as an “open-air museum” as well over 300 monuments have survived in the city. In 2018, it was the European Capital of Culture

The Malta Financial Services Authority (MFSA) is a popular regulator used by a lot of financial trading platforms that want to offer trading within the EU. This is due to the fact that the MFSA is trusted among trader and offer good trader protection while at the same time making it relatively easy for the brokers to apply for a license.  They built a streamlined regulation that makes it easy to get a license while at the same time offering good trader protection.   Malta Financial Services Authority (MFSA) is especially popular among brokers that offer CFD and forex trading.  The MFSA no longer allows binary options trading.  Here you can find a list of brokers and trading platforms regulated by the MFSA.